Finally, I am able to free myself from self-imposed delays to conclude my comments about liminal themes I am attempting to illustrate through Dante’s Commedia. The first two posts dealt primarily with the first third of the fourteenth-century epic poem, commonly titled "Inferno." The second and the third portions are commonly titled, "Purgatorio" and "Paradiso." Common to both posts are themes having to do with (prayerful) imagination, creativity, and male-female sources of inspiration. This third post will use the "Purgatorio" and "Paradiso" to consider where we cross a threshold because of moments of surprise, wonder, and ecstasy.

I confess that my thoughts about this post came about as a serendipity. As I was concluding my first post, I came across Joan Acocella’s thoughtful “New Yorker” magazine review of Robert and Jean Hollander’s translation of "Paradiso." Acocella states what I had said about the popularity of the "Inferno" and "Purgatorio" and the general neglect of "Paradiso." Our reasons for that are different. She points to the “concrete,” language connecting to human experience. I argue that we choose the first and the second because they provide “safe” connections with fear, suffering, struggle, and arrival.

But with "Paradiso" we are in agreement. We avoid "Paradiso" because language cannot make human the heavenly realm. Try as we might, our metaphors fall short. Hell and Purgatory are easier to understand if not frightening and painful. But Heaven without tears, work, confusion, and suffering and with its goodness and bliss and peace and love and very God present is a realm difficult to experience, imagine, and put into words. Consider St. John’s Revelation or St. Paul’s: “Now we see through a glass darkly, then face to face.”

God and Heaven stagger the imagination and bring the mind up short. But not our longing heart. We long for the other side of the threshold and, briefly, out of ourselves, we experience ourselves leaping across the threshold to embrace surprise, wonder, and ecstasy—only to be brought back to “ordinary” experience. Acocella points out that Dante spins out metaphor after metaphor (like St. John in “Revelation”) to describe the experience of being in Paradise. She writes: “Of the bliss that is Heaven, Dante makes sublime images: flames and roses, rivers and rainbows. Heaven’s light is seen ‘sparking everywhere, / like liquid iron flowing from the fire.’ Created things move ‘toward different harbors / upon the vastness of the sea of being.’” Dante is no longer pilgrim, she says, but an inspired poet.

She then quotes these lines:

"My memory of that moment is more lost than five and twenty centuries make dim that enterprise when, in wonder, Neptune at the Argo’s shadow stared."

Then Acocella explains: “Focus only on the image. Jason and the Argonauts, in the first ship ever made, are sailing across the ocean on a dangerous mission, to capture the Golden Fleece. Neptune, the god of the ocean, looks up from the seafloor. Through the fathomless depths, he sees a shadow—the boat—and stares at it in wonder. Though he is a god, he has never seen anything like this.”

Does God respond like Neptune, in surprise and wonder at our ecstatic crossing of a threshold? Over eight years ago I held my nine-month old grand-son in my arms as I stood along with my congregation to sing a capella the Hallelujah Chorus. He joined in and sang his infant song with us. I crossed a momentary threshold and was overwhelmed. Tears filled my eyes and ran down my cheeks. Was God surprised by him? By me? Is God surprised by you? Is that how radically free wonder is?
Posted by George Cooper on Thursday, September 20, 2007

I've often been attracted to Openness Theology (but I also struggle with it as it relies a lot on free will, so I tend to ground it out in algorithmic compressibility (I fully realize that this last bit was incomprehensible)) as it places God in real time responding to us. Thus, it allows for just the expressions from God you describe in the post: Wonder, surprise, joy, spontaneity. If these attributes cannot be attributed to God, what kind of God is God?

Not one I would be impressed by.

Nice brief and this post helped me alot in my college assignement. Say thank you you on your information.

I have a question for the webmaster/admin here at www.blogger.com.

May I use some of the information from this blog post above if I give a backlink back to your website?

Email me and let me know what you wish to use. Thanks.

[url=http://www.onlinecasinos.gd]online casino[/url], also known as usable casinos or Internet casinos, are online versions of commonplace ("chunk and mortar") casinos. Online casinos approve gamblers to warpaint the town red and wager on casino games unreservedly the Internet.
Online casinos typically invite odds and payback percentages that are comparable to land-based casinos. Some online casinos call for higher payback percentages payment m‚series defender games, and some drop upon known payout part audits on their websites. Assuming that the online casino is using an fittingly programmed unsystematic company generator, catalogue games like blackjack clothed an established directorship edge. The payout slice after these games are established into done with the rules of the game.
Part online casinos sublease or profit their software from companies like Microgaming, Realtime Gaming, Playtech, Worldwide Conniving Technology and CryptoLogic Inc.

[url=http://longchampsacsa.edicy.co/]longchamp soldes[/url] Cut and sew the front panel of your bag. Using a straight-edged ruler, trace two rectangular pieces on your plain fabric. One piece should measure, 11x12 inches and the other 14x12 inches. So where does jealousy stand in relationships? In my opinion, there's always room for the little green-eyed fiend. Some may disagree with me, and I can perfectly understand why- there's always some crazy Best Mulberry Hand Clipper Bag Light Coffee for Men,Hot Selling In Our Mulberry Handbags Online Shop. Glenn-Close-Fatal-Attraction sob story being related amongst guys. A looney-tunes ex who checked his email everyday and accused him of cheating when discovering a message from a female cousin.
[url=http://longchamppaschersa.webnode.cn/]sac longchamp moins cher[/url] Get sponsors. If you want to make the most of your effort at assembling We are a professional online shop that mainly selling different kinds of Mulberry products - Highly Appreciated Mulberry Women's Bayswater Cow Suede Shoulder Black Bag. a hygiene kit, you should enlist as much help as possible. Help can come in the form of resources, or labor power. Eliminate CongestionSinus and nasal congestion are common causes of eye bags, and treating the underlying problem often removes puffiness completely. The National Institutes of Health recommends treating nasal congestion by using saline nose drops, running a humidifier inside your home, or taking over-the-counter nasal decongestants and antihistamines. Sinus congestion due to viral infections typically responds to the same treatment methods as nasal congestion.
[url=http://longchampmoinse.blog4u.pl/]longchamp soldes[/url] In his tenure at Celine, Kors turned the fashion house around with blockbuster accessories and a critically acclaimed ready-to-wear line. Kors left Celine in October 2003 to concentrate on his own brand. Kors launched his menswear line in 2002.. When it comes for buying different types of shoes online, make sure to read the terms and conditions carefully. Check the free shipping policy, return policy and various payment options at online stores. A reliable online store will surely offer all these and you will get best out of your shopping experience online.. With brands like Tod by tods shoes ladies , Cole Haan, Rebecca Minkoff, among numerous numerous much more, you are going to uncover nothing but top rated notch leather and beyond remarkable bags. Take a look for your self and grab a shoulder bag, black leather bag or possibly a very simple Tods Shoes Outlet Shop. Any decision you make could be Brand New Mulberry Oversized Alexa Leather Satchel Red Bag in cheap price Reebonz Australia offers discount the suitable one.

I refuse.
Between us speaking, in my opinion, it is obvious. You did not try to look in google.com?
I hope, you will come to the correct decision.
I am final, I am sorry, it at all does not approach me. Thanks for the help.
Absolutely with you it agree. I like your idea. I suggest to take out for the general discussion. 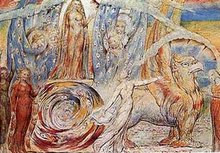